The collecting of bush medicine leaves has long been a part of traditional Aboriginal life and culture and is part of the secret world of womens' business.

Leaves from many different plants are collected and stored for medicinal uses at different times of the year.

These leaves when collected can be boiled to extract the various oils. This oil when mixed with the fat from a kangaroo goanna or emu makes a paste that can be stored without refrigeration in the bush and used as required.

The paste is used on cuts and contusions which occur during normal bush life.

There are also some mixtures used as a bug repellent and others which are crushed and thrown into the water and used to stun the fish.

The fish are stunned and just float on top of the water and are collected like floating leaves.

Leaves can be crushed, chewed or they can also be placed on a fire and the steam and smoke is inhaled.

They also can be used in cleansing or smoking ceremonies which usually occur following a death where everywhere the deceased person had been must be smoked before those areas are usable again.

This includes even the community ambulance if used, the clinic, their home, local shop and anywhere they may have visited.

The ceremony virtually shuts down a community until it has been completed. 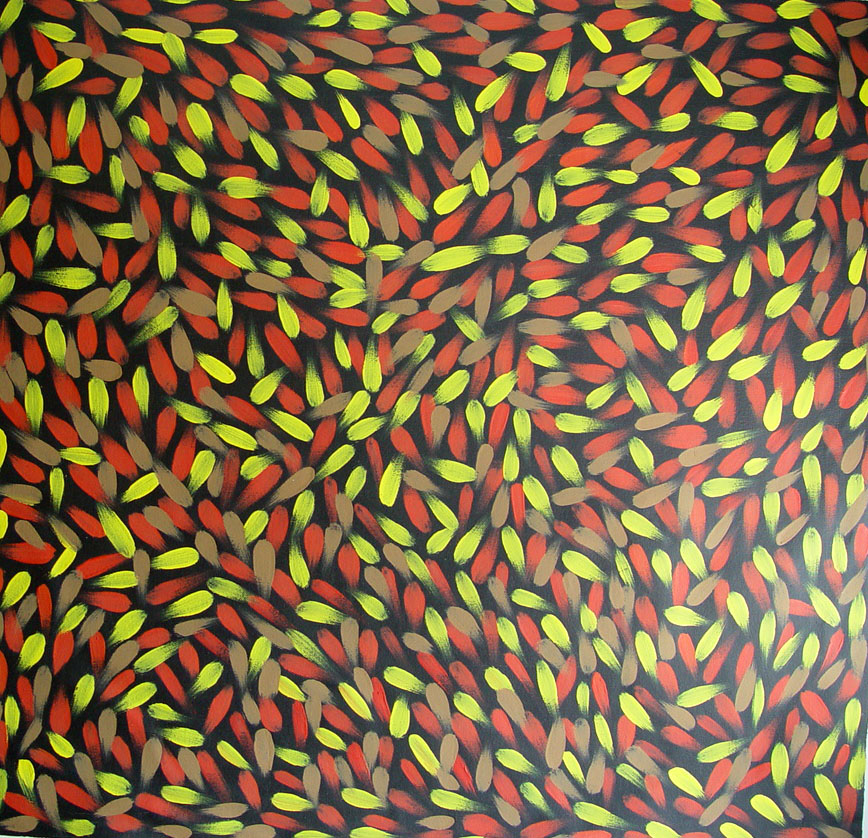 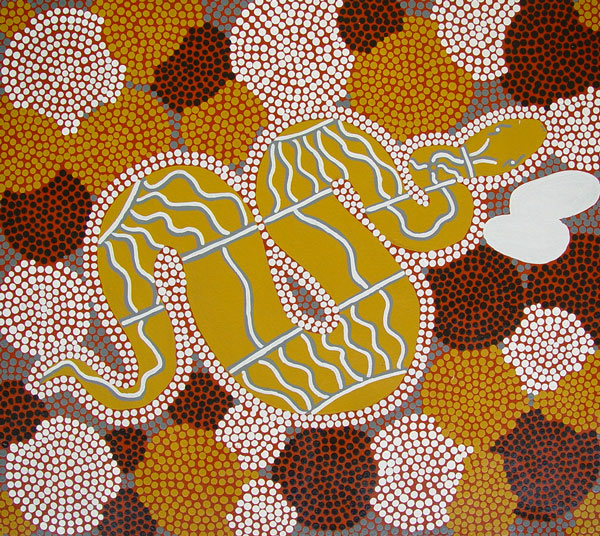 The leaves can also be soaked in water and the infusion drank or washed over the body.

There is a great variety of medicine leaves and plants that are used. The color of the leaves vary with the season and type of plants.

These colorful paintings depict the various colors and hues of these important plants to the Aboriginal culture and are available in many color ranges and sizes for all budgets in our gallery.