The Fire Dreaming ceremony is one of the six seasonal cycles of the Traditional Aboriginal Calendar.

This ceremony depicts an element of the Tingari Cycle.

The custodians of this cycle are the Tjangala and Tjampitjinpa (male) and Namitjipa and Nangala (female) skin groups.

The responsibility for body painting and the conduct of the ceremony being correctly done is held by the Tjampitjinpa, as the guardians.

The “Fire dreaming” ceremony takes place the night before the controlled fires are lit in the bush and carries on throughout the night to provide the right relationship between the people and the land on which they depend.

The fires when burning are nothing short of spectacular leaving as an aftermath a brilliant red sunrise the morning after. 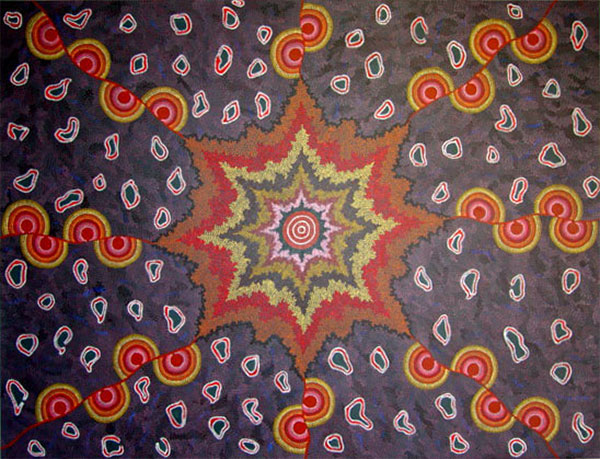 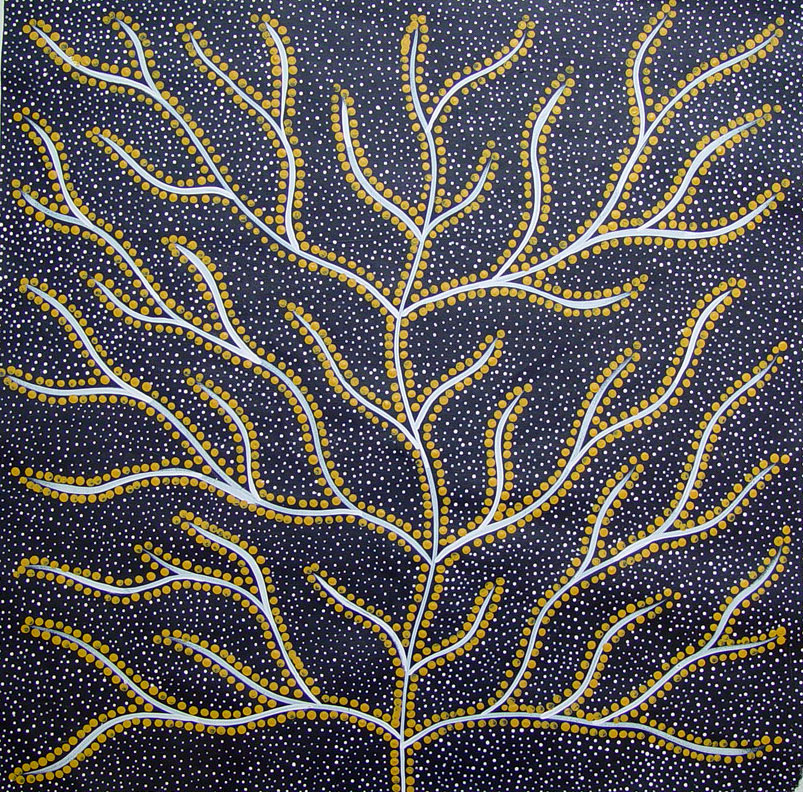 Originally the fires were lit to drive out the animals into the hunt and to clean up the land.

Today it is more for conservation and preservation in keeping the areas around the communities safer from having a flash grass fire.

As a secondary benefit the fires would regenerate the land and provide new growth for the animals to feed on.

This will subsequently attract more animals to be hunted and also replenish the food supplies of fruits seeds and roots.

The fires also clear the area by reducing the dead grass from last season which makes it easier for the groups to move around and gather food and medicinal leaves.

The controlled fires are ‘cool fires’ lit at night which do not damage the trees but clear the land and allow the germination of some seeds in the ash.

The management of the land through controlled fire is seen a part of their role as custodians of the land following the traditions set forth by ceremonies from their Aboriginal dreamtime in dance and songs and have continued for centuries.