Long Jack Phillipus Tjakamarra is a Luritja tribesman who was born at Kalipinpa which is an important rain dreaming site (northwest of Papunya) near present day Walungurru (Kintore) c.1932.

His father was Walpiri and his mother was Walpiri/Luritja. He grew up in the bush and in the 1950s he and his whole family came to the settlement of Haast Bluff where he worked as a laborer and a stockman.

When Papunya was established in 1959 Long Jack moved there and worked as a councilor and a school yardman.

He was selected along with Billy Stockman Tjapaltjarri and Kaapa Tjampitjinpa to paint the “Honey Ant Dreaming” mural on the school wall.

It was the first ever project done on a public building in Papunya and was the impetus for the start of the Papunya Tula Art Movement.

Long Jack Phillipus Tjakamarra was among the first of the Aboriginal men to paint on canvas under Geoffrey Bardon’s influence in the early 1970s and has painted intermittently since then. 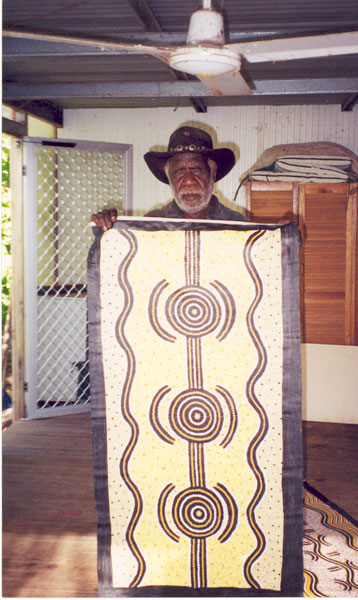 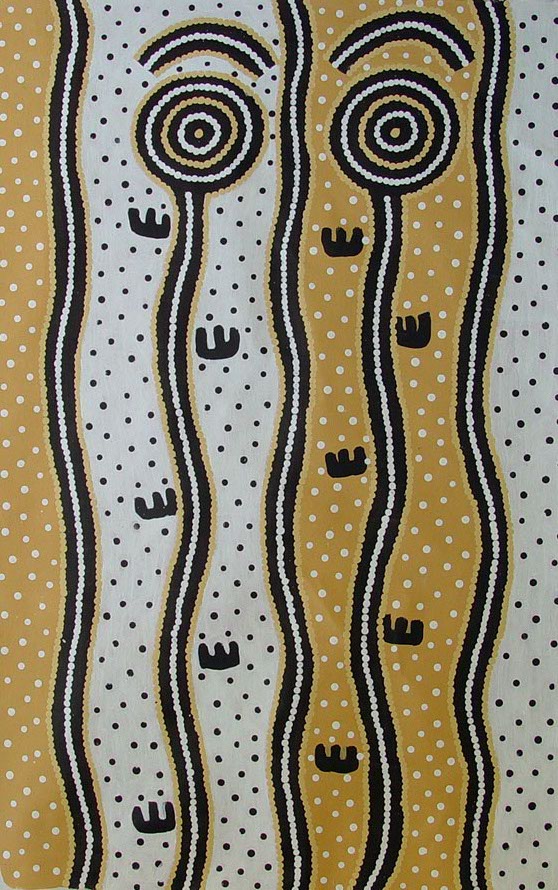 He is married to Georgette Napaltjari and they have two sons and three daughters and many grand children.

Long Jack is a highly respected elder in the Papunya Community he has a strong influence on the young people, particularly in maintaining their traditional ways.

Long Jack and many of the old Aboriginal Men from the Walpiri and Anmatyerre tribes were educated by the Lutheran missionaries.

They believe devoutly in both their traditional dreamtime as well as the Lutheran teachings.

In 1984 he was also ordained as a Lutheran pastor and performs services every Sunday for his people.

Long Jacks works are represented in many major Australian Galleries and Collections.